What was your first memory of music in your life?

As a five year old, I remember hearing Michael JacksonΓÇÖs voice, (the┬áDangerous┬áalbum), on the radio and being blown away! I asked my dad, ΓÇ£Who is that?! Can I hear more?ΓÇ¥ He took me to our local record store and bought me the album on cassette.

┬áWhat are your musical influences?

Michael Jackson, Stevie Wonder and John Mayer are the three artists that have most influenced me.

When you first came to America, what was your experience?

I had just graduated from music school in Edinburgh, Scotland and posted a couple songs on MySpace. The next thing I know, IΓÇÖm being invited to Los Angeles by an artist manager. I arrived in Hollywood and was excited to try and ΓÇ£make it.ΓÇ¥ As it happens, I got to then meet and work with some of the biggest names in music.

It all started with Steve Porcaro, a member of Toto and the songwriter of “Human NatureΓÇ¥. Steve asked me to sing on some demos he was pitching to the late Michael Jackson and we ended up writing together. I then met Randy Jackson from American Idol, and Babyface whoΓÇÖs worked with Al Green, Whitney Houston, Bruno Mars. I also worked with Jeff Silbar (Garth Brooks, John Mellencamp, songwriter of ΓÇ£Wind Beneath My WingsΓÇ¥), Erik Griggs, producer and songwriter for Chris Brown and Boyz II Men), and I wrote several songs with Michael Sherwood (member of Air Supply and songwriter on┬áThriller 25). I played shows at some well-known L.A venues and festivals too, specifically John Anson Ford Theatre, the Troubadour, the Gibson Showroom, Hotel Cafe, and Coachella Music Festival.

Did you always know you wanted to make Christian music?

I didnΓÇÖt find faith in Jesus Christ until 2009 in my 20ΓÇÖs and the desire or┬ácall,┬áif you like, to make Christian music came quite a few years after that!

In 2015, I was living in London and was a pastoral assistant with a church there, but on Saturdays, I would busk in front of Big Ben to pay rent and put food on the table! IΓÇÖd sing four hours of pop covers and the last hour IΓÇÖd sing about Jesus. I didnΓÇÖt make much money singing about my faith but found great fulfilment reaching people with the Gospel that last hour. As time went on, every week IΓÇÖd just be so excited to finish the pop stuff so I could get to worship. It got to the point where I didnΓÇÖt want to do the pop stuff anymore but I had to pay my rent. The next week, instead of launching into pop hits, I decided to pray about it and I heard God say, ΓÇ£Seek first the kingdom of GodΓÇ¥ (Matthew 6:33). That was a huge moment for me. So I played some Christian songs I had written instead and people seemed very moved by them. Within three hours, there was also more than 600 pounds in my guitar case! Double my usual take! God was nudging me, big time, to do Christian music! He provided. Strangers kept coming up and saying things like, ΓÇ£serve God with your music,ΓÇ¥ and handing me 50 quid notes, all the while the scripture to honor God first was burning inside! I decided to pursue Christian music in that moment, the moment my music and faith come together, and thatΓÇÖs how God called me to make Christian music.

How was God pursuing you throughout your career?

I suppose, looking back, I can see Him through the hymns at Catholic school as a child. I can see him through the beauty of creation in Scotland that inspired many songs in my youth, but His pursuit became most apparent to me when I arrived in L.A in 2008.

Everywhere I turned there were people talking to me about Christianity. It was like God sent all these people to tell me about Him. They were inviting me to Church and it got to the point where IΓÇÖd be in line at Starbucks, would turn around, and someone would look me in the eye and ask, ΓÇ£Do you know Jesus?ΓÇ¥ IΓÇÖd reply, ΓÇ£No, IΓÇÖm just here for the hot chocolate!ΓÇ¥ Despite all of these encounters, I just put it down to coincidence! It wasnΓÇÖt that I was an atheist, organized religion and God just werenΓÇÖt things I thought about. They werenΓÇÖt things I thought I needed.

The first time I really took a second look at Christianity was at the Dream Center in LA. A friend at the time persuaded me to attend because of the good music but what got my attention was that they were feeding and providing shelter for the homeless. IΓÇÖd always thought religion was just an inward experience. Being at the Dream Center was the first time I saw faith in Jesus as making a difference in the world. It challenged the unfair prejudices IΓÇÖd developed about religion. These experiences continued. One day, I was in a session with a gifted guitarist and I was badgering him about his technique. He smiled and said, ΓÇ£WeΓÇÖll get together to talk about it, but, I want to ask you a question. Will you go to church with me?ΓÇ¥ IΓÇÖm like, ΓÇ£You too?! Why is everyone in LA obsessed with God?ΓÇ¥ I told him, ΓÇ£Sorry, itΓÇÖs not for me.ΓÇ¥ and instead went to the gym to prepare for a photoshoot the next day, you know, vanity! I get to the gym, go to get changed, but as I open the locker, thereΓÇÖs this book inside! The front said, ΓÇ£Jesus Christ is the way, the truth and the life (John 14:6).ΓÇ¥ I looked around the room, sure thereΓÇÖd be someone there, like I was on the Truman Show or something, but no one was there. In that locker room, I spoke to God. I asked him, ΓÇ£Are you real? Do you exist? If you are real, the next church invitation I get, IΓÇÖll go.ΓÇ¥ A few days later, I was invited to a small Pentecostal church in Bakersfield, CA, with some friends.

The pastor spoke from Genesis, chapter 3, and I thought, ΓÇ£Yeah, I know this story from Catholic school, the one with the talking snake and the apple. ItΓÇÖs just an interesting story.ΓÇ¥ But as the pastor spoke, I realized that this it wasnΓÇÖt just a story! What he said explains why the world is the way it is, why thereΓÇÖs death and violence in our world, and why, even though there were good things happening in my life, there was always still an emptiness, a brokenness, even a sense of guilt that wouldnΓÇÖt go away. He said these were all a result of the fall and that my feelings come from being separated from God by sin. That was the first time I understood sin wasnΓÇÖt just a religious concept, it was a reality in my own heart. If IΓÇÖm honest, I wept throughout the service. The message of the gospel pierced me very deeply. I was heart-broken, but when he explained that God sent His son, Jesus, to die on the cross for me so I could be forgiven, I was overwhelmed with Joy and overwhelmed by ChristΓÇÖs love. I put my faith in Him. It was a dramatic and life-changing conversion. ThatΓÇÖs how I became a believer. It was all GodΓÇÖs pursuit and initiative.

Was there a defining moment of you choosing your faith over your career? How has that resolved in your life?

Believe it or not, within a week or two of finding faith, I was invited to the biggest music meeting of my life and offered a major pop record deal! It was the very thing IΓÇÖd dreamed of since getting a guitar on my sixteenth birthday from my father. I was having a huge spiritual check – would this be good for my faith? I told the executives I needed to go home to Scotland and think about it.

When I arrived home, I went to a UK evangelical church I picked from Google and knocked on the door. A woman answered and I said, ΓÇ£Jesus has saved me.ΓÇ¥ She said, ΓÇ£ThatΓÇÖs wonderful! Come in!ΓÇ¥ After the service, the woman, Lorna, (who has since become a great friend), invited me to coffee to hear my story. I told her about the record deal and my dilemma. She told me that God always speaks through His Word and asked if I would be willing to read the Bible with her.┬á I agreed. The passage was from Leviticus. It was an unusual Old Testament verse she shared with me. It said, ΓÇ£Thou shall not sacrifice your firstborn to the gods of Moloch.ΓÇ¥ I said to Lorna, ΓÇ£I know you mean well but IΓÇÖm not seeing the relevance here to my predicament!ΓÇ¥ Lorna kept telling me God always speaks through His word.

I flew back out to L.A. for a second meeting with the executives. The deal was sitting on the table, ready to sign. IΓÇÖm sitting in the conference room with the President, the execs and my lawyer, and IΓÇÖm just questioning – is this what God wants me to do? After a few minutes of silence, one of the executives, exasperated because I was hesitating, gives an ultimatum. He said, ΓÇ£The deal is today only. There are people who would sacrifice their firstborn child for this opportunity!ΓÇ¥ ThatΓÇÖs when I knew. The verse from LornaΓÇÖs Bible study flashed before me and I had my answer. I said ΓÇÿnoΓÇÖ to the deal and chose to honor GodΓÇÖs word to me. It was hard at the time but it has turned out to be a great decision on the long run.

How has GodΓÇÖs word inspired you throughout your faith journey and journey with music?

The word of God has probably been the most important and life-giving instrument in my faith and music journey. It has shaped how I see the world, myself , and most importantly, God. I believe what we think about when we think of God is the most important thing about us. The Bible is GodΓÇÖs revelation of himself to the world and this has greatly impacted my approach to life and songwriting.

I feel a particular calling to bring scripture to bear on the lives of others and love to do that through preaching sermons and writing scripture-based, truth-fueled songs that convey GodΓÇÖs word to people.

WhatΓÇÖs going on in your career now? What can we look forward to with your music?

When I completed my theological and pastoral training course in the UK called the Cornhill Training Course, my plan was to do further study and become a minister. As I planned for this, I felt a strong sense that God still had work for me to do in music! When I was preaching, I wanted to do music. When I was doing music, I wanted to preach. Doing both music and ministering the gospel seemed to be the answer! ThatΓÇÖs what led me to the Christian music capital of the world – Nashville, TN.

I saved up enough money busking to make the journey back to America in 2016 with my friend/manager Lorna Farrell and without a single contact or meeting set up, and really just a strong belief God was leading me to Nashville, within a few weeks, I was offered a record deal to make Christian music.

I recently said ΓÇÿyesΓÇÖ to the offer and signed a record deal with Provident Label Group / Sony Music and a Publishing deal with Essential Music. I have been touring and performing with Christian artists such as Zach Williams, Matt Maher, Casting Crowns, and for KING & COUNTRY whilst writing for a release in 2019. My first song was released this month called ΓÇ£Since I Met YouΓÇ¥, and the next one will release soon! Make sure you sign up for my email list to get the latest news and info! 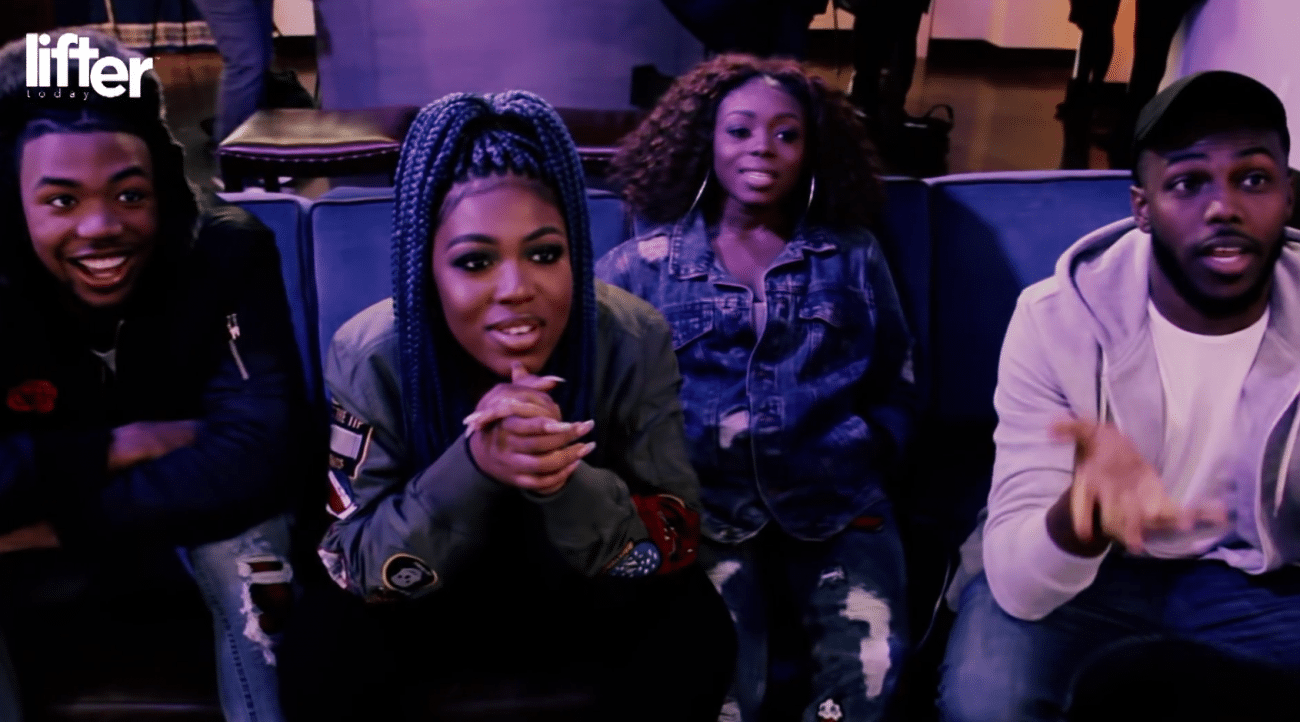 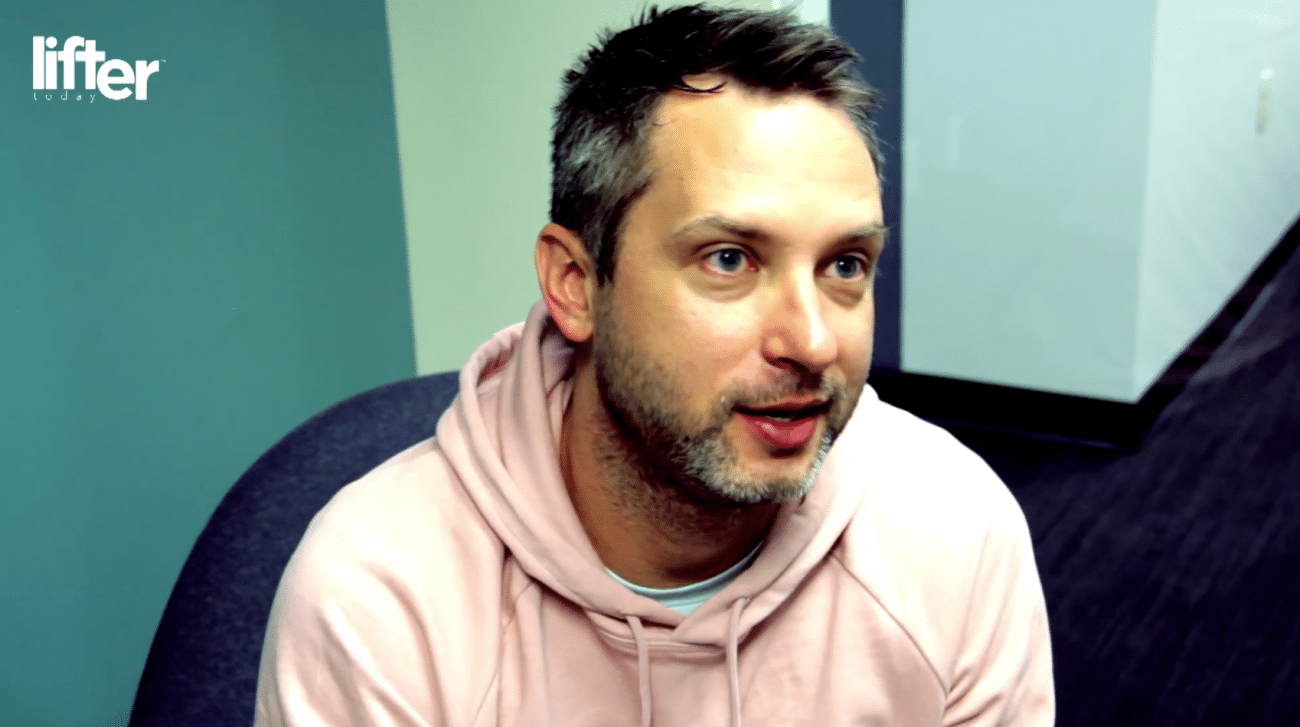 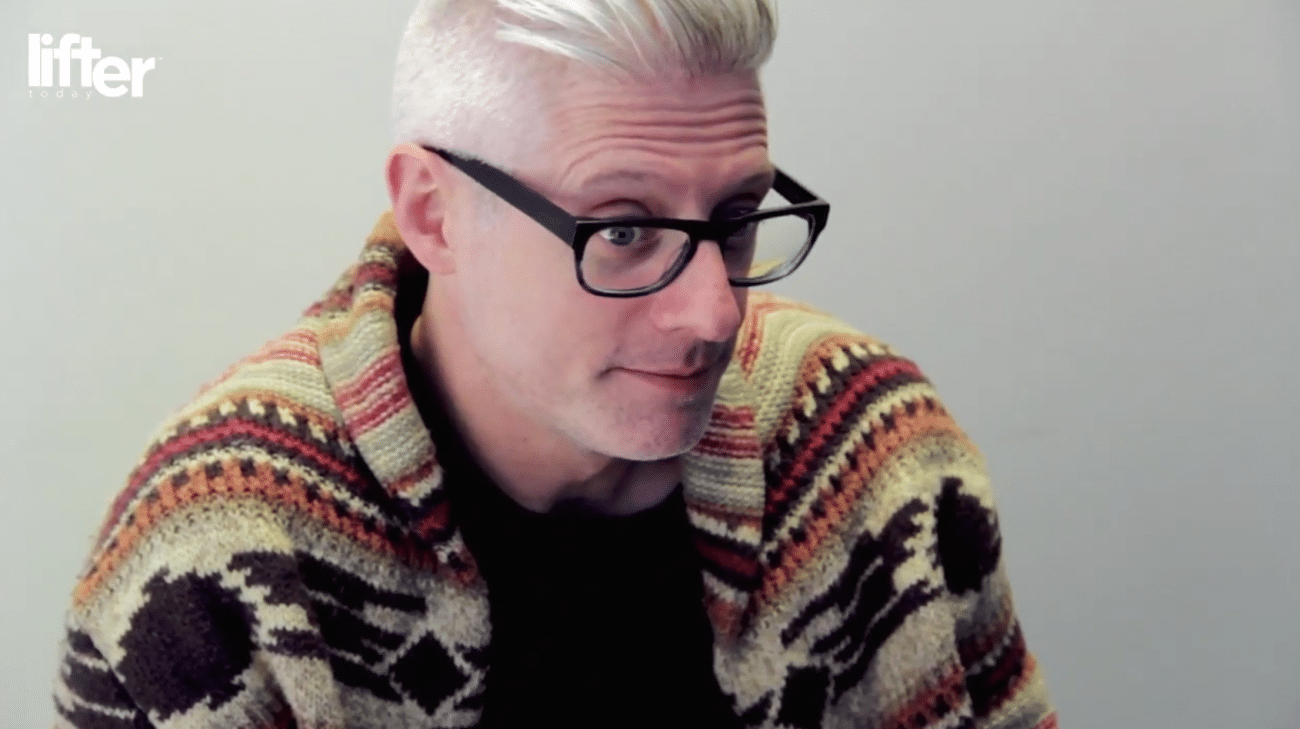